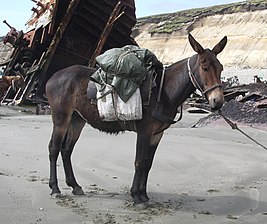 Today, a friend on facebook was asking for a translation of the famous Persian poem by Ibn Yamin:

آن کس که بداند و بداند که بداند
اسب خرد از گنبد گردون بجهاند
آن کس که بداند و نداند که بداند
آگاه نمایید که بس خفته نماند
آن کس که نداند و بداند که نداند
لنگان خرک خویش به منزل برساند
آن کس که نداند و نداند که نداند
در جهل مرکب ابدالدهر بماند
It turns out that back in Sep. 2011, my colleague Kris Sigurdson wanted to use this in one of his talks. He had found it originally on the “There are known knowns” entry on wikipedia, which reflects on Donald Rumsfeld’s words of wisdom. Back in 2011, the page quoted Ib Yamin’s poem as an older version  of a similar philosophy, but provided a very poor English translation. So, I gave Kris a much better translation (in my opinion), and updated the wikipedia entry:
One who knows and knows that he knows…
His horse of wisdom will reach the skies.
One who knows, but doesn’t know that he knows…
He is fast asleep, so you should wake him up!
One who doesn’t know, but knows that he doesn’t know…
His limping mule will eventually get him home.
One who doesn’t know and doesn’t know that he doesn’t know…
He will be eternally lost in his hopeless oblivion!
However, when I checked today, the wikipedia page had lost all the reference to the poem. In fact, Ibn Yamin doesn’t even have any English wikipedia entry. However, my translation had lived on, with more than 1300 hits on Google as of now, which use it verbatim, either with no reference, or citing the now non-existent wikipedia page.
That’s why I decided to write this and set the record straight, so that the next time you wanted a more eloquent and original version of Rumsfeld’s wisdom, you know where to find it.