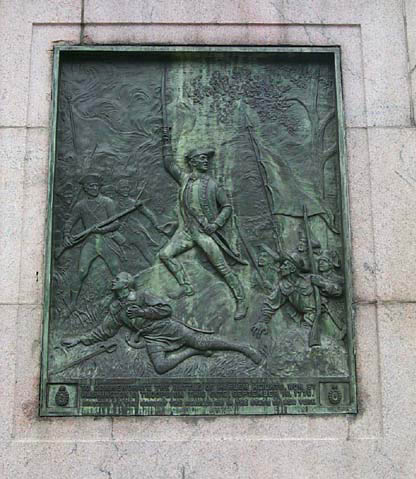 There is a battle brewing less than a hundred miles from where I’m sitting right now. On the face of it, it’s just a political campaign the likes of which happen every four years in the US, and frequently across the world. But on closer examination, I argue, it is something much more significant and unique. It is a battle for the heart and soul of democracy; do people have a right or desire for self-determination, or do they ultimately opt to give up that right, and be subjects to the elite ruling class, to the rich and powerful, to the Oligarchy?

But let’s start with a naive question: How are the liberal democracies of the 21st century different from the dynasties that have governed our civilizations for millennia?

There are, of course, the civil rights and liberties of the citizenry, but they have existed in some shape or form, albeit imperfectly, in various authoritarian governments of the past. Rather, the most characteristic trait of a democracy must be the people’s right to self-determination through the ballot box, either directly or via their elected representatives.

In a dynasty, a family is entrusted with ensuring the good of a country. The children are groomed from an early age to be effective leaders, and then are trusted to maintain a happy and prosperous nation. In contrast, in a liberal democracy, citizens can freely elect the representatives who most closely represent their interests, and keep them in power, or kick them out, depending on their performance.

Or can they?!  In fact, is there any reason to believe that the authoritarian systems that have evolved and perfected within our societies over millennia would suddenly and spontaneously change in any fundamental way? Could it be that, instead of citizens picking their leaders in a democracy, the ruling class “manufactures our consent” through money and media, with the ultimate goal of keeping themselves in power?

If this vision is too dystopian for your taste, you may feel comfort in the fact that the answer to this question is not written yet. People of New York are to decide in a few days whether they prefer a decades-old dynasty, entangled and paid for by the world’s biggest banks and corporations, to rule them. Or may they opt for the much more radical alternative, to elect someone who represents the people not the billionaires, the big money, and the political establishment?

So, this is the gist of why I support Senator Bernie Sanders’ bid for the presidency of the United States, against Secretary Hillary Clinton. It is because he has always supported the rights of ordinary people across the world, from the US to Central America, Iran, Iraq, or Palestine, over dogma and ambitions of the ruling elite, moneyed influence, and political expediency. It is because I think the most powerful military in the world can only be entrusted with someone who believes the state “should not be in the business of killing people“, in the US or anywhere else.  It is because he appreciates that bringing back the power from the top 1% to the people, via universal healthcare, free public education, and a healthy campaign finance system, while uncharted territory, is worth fighting for and the true cost of a democracy. It is because his proudest foreign policy accomplishment IS NOT putting in place brutal sanctions on poor people of a 3rd world country.

So, there are still a few days left to save the biggest democracy on this side of the world. But that all depends on who wins the Battle of New York 🙂